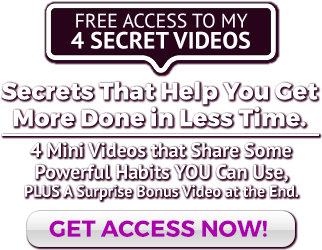 HOLDING A VISION TO: 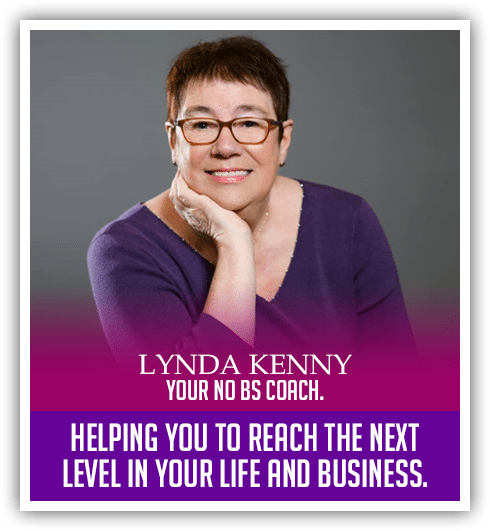 ARE YOU READY TO ACHIEVE MORE?

WHAT IS HOLDING YOU BACK? 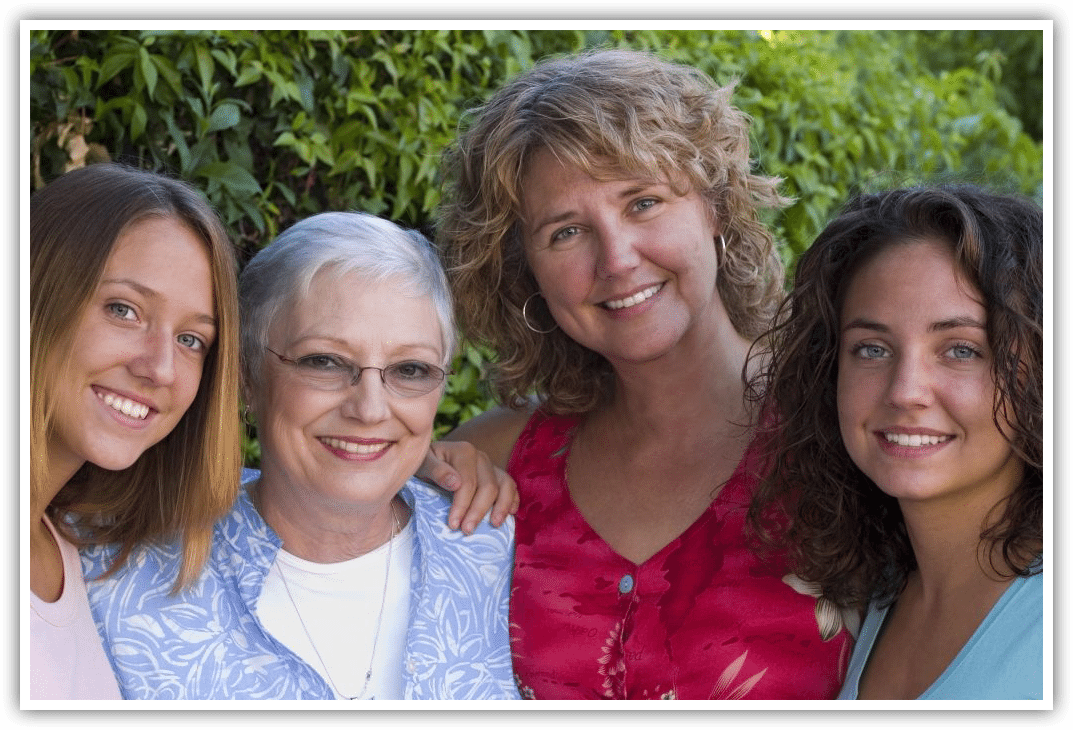 When you work with me you will receive empowering guidance, inspiration and strategies to help you improve your:

You will be more focused and energised. 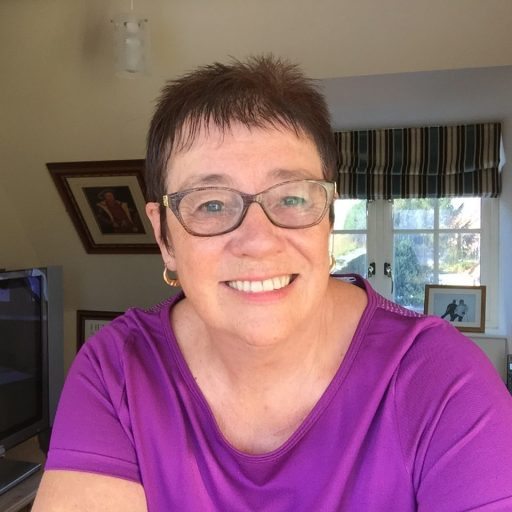 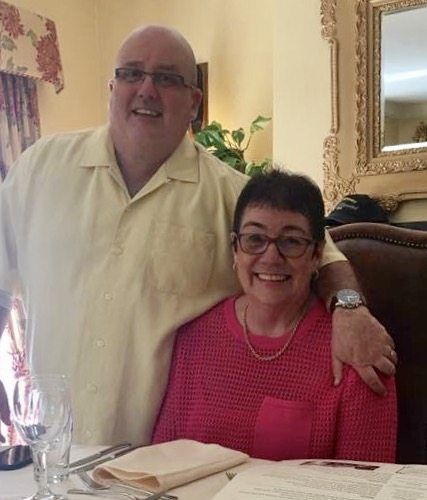 Who Is Lynda Kenny?

Lynda is an ex Social Worker, and a wife, mother of two and a grandmother to six.

Married to Chris, Lynda enjoys living between England and her second home in The Algarve, Portugal.

As a Social Worker, she spent time working in Child Protection before specializing in Foster Care.  In the 1990’s Lynda had the opportunity to assist setting up an Independent Fostering Agency, which was very successful and after merging with other agencies in the same group, it became one of the largest of its kind in the UK.

After selling her shares in the company in 2006, Lynda, instead of retiring, bought a Ladies High Fashion Boutique, which she closed in 2014.

She was introduced to the world of online marketing in 2103 and began a journey of learning new skills and experiences. She hired a coach Ray Higdon, who had a massive impact on her growth, confidence and belief in herself.

Lynda loves working with people and has always worked in the  “people” industry.  She decided last year to become a full time Coach.
“Coaches have changed my life for sure and I know the value of a coach, so much so that I actually became a Certified High Performance Coach so that I could show people how to take THEIR life to the next level!”

In 2017, Lynda published her first book “Turning Poverty Into Success” sharing how a one time struggling, single parent without a penny to her name, turn her life around to be able to travel the world. 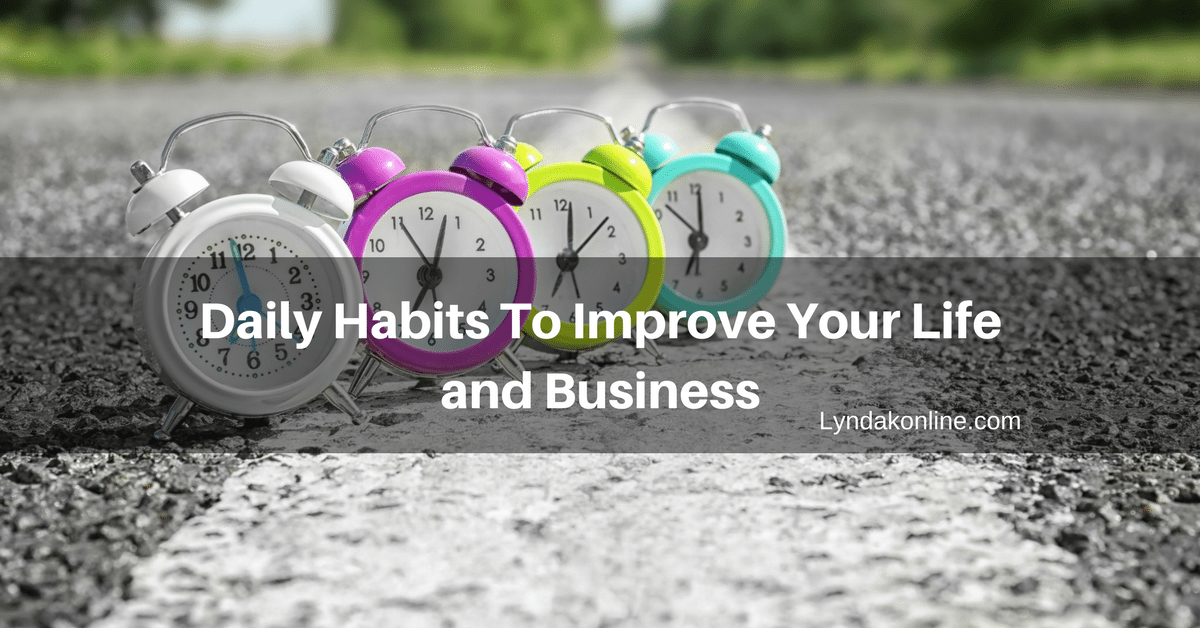 Daily Habits To Improve Your Life and Business

Daily Habits To Improve Your Life and Business Daily habits are what you can put into your life to improve your whole well being.  It can impact your business and life in a big way. The daily habits are from Brendon Burchard.  Daily habits I learned from his High Performance Mastermind Academy.  Brendon is a  renowned personal development leader.  Check out his website >>>>> CLICK HERE TO CHECK OUT BRENDON BURCHARD. Any daily habit that improves your performance is welcomed ...
Read More 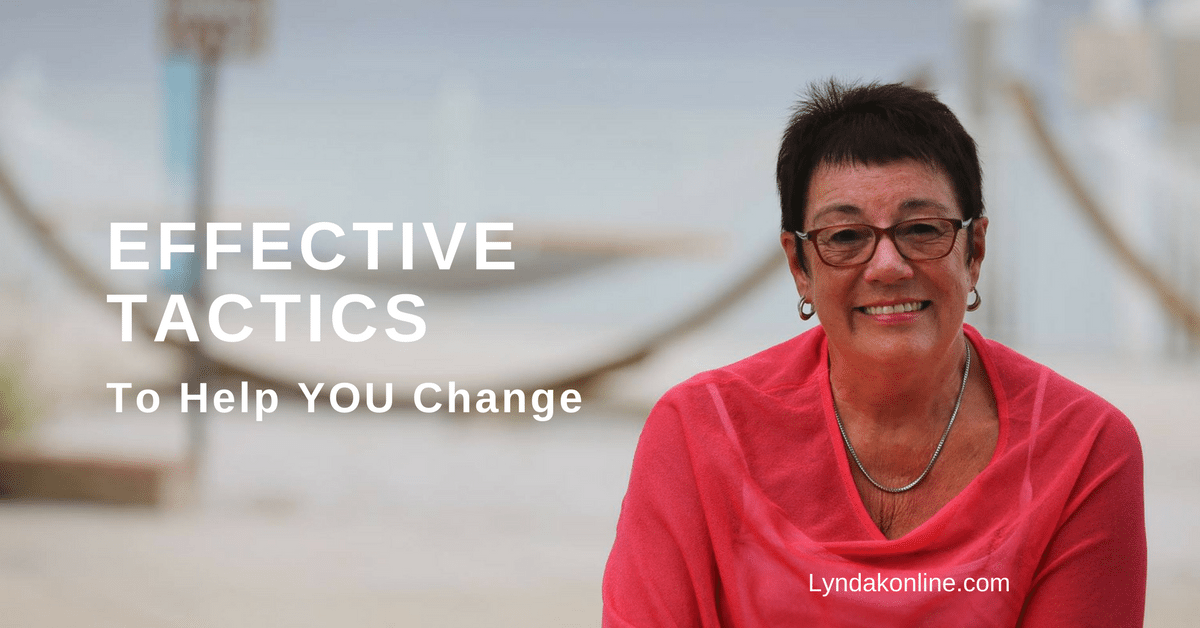 Effective Tactics To Help You Change

Effective Tactics To Help You Change Effective tactics can really help with you to change your daily habits and thinking for the better.  We all want to improve the way we do things in our business and our daily lives.  If it makes us more effective then its worth looking at how we implement good effective tactics of our own. I recently completed some training with Brendon Burchard, called Advanced Performance Planning, where he shared 8 tools to help us ...
Read More 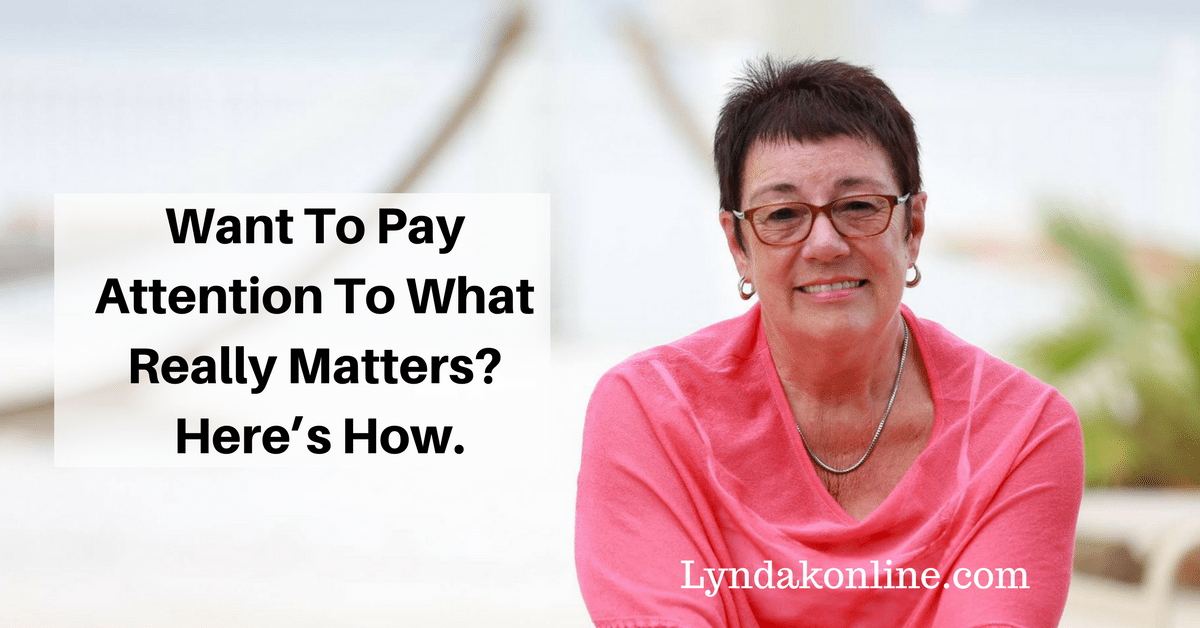 Want To Pay Attention To What Really Matters? Here’s How.

Want To Pay Attention To What Really Matters? Here’s How. Do you pay attention to what you should be during your every day life?   It might sound a silly question but many of us are guilty of paying attention to the stupidest things. Before going any further, stop for a minute or two and ask yourself what you are giving vital attention to right now.  Is it Social Media?  What about watching TV? Is there any part of your ...
Read More 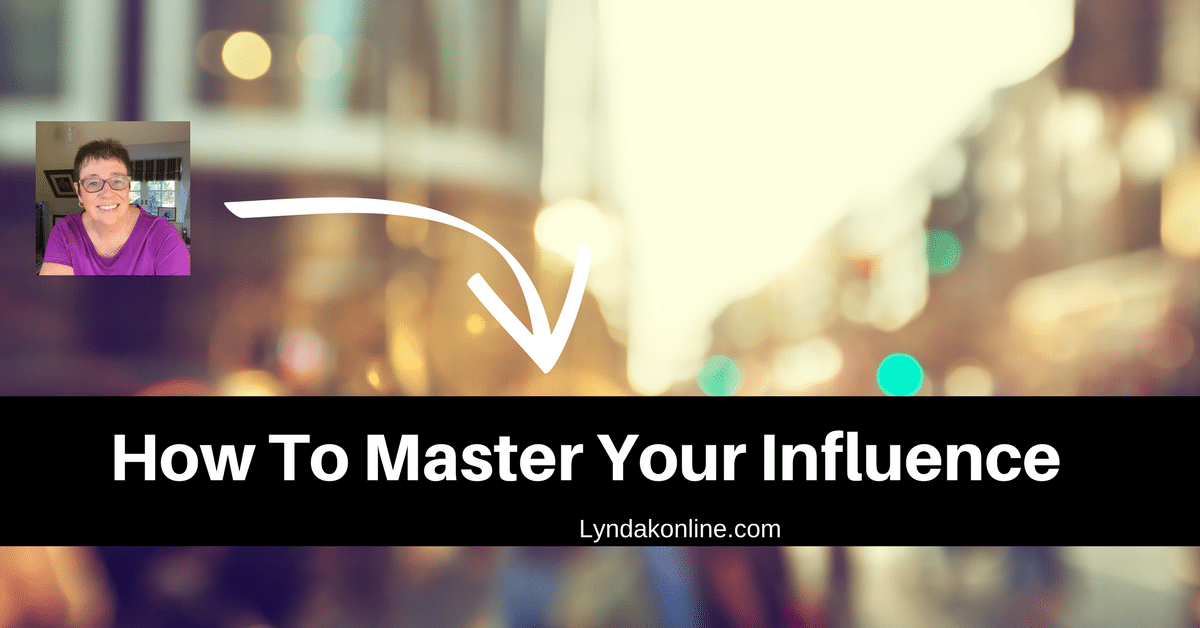 How To Master Your Influence

How To Master Your Influence Influence is a thing you must master if you want to attract more people to you, your life and your business.  Brendon Burchard believes that increasing your influence is more science than an accident. So, how do you master your influence over others so you can gain what you desire in your life?  Below, I share what Brendon calls “influence levers”.  These are strategies you must include and master to influence ALL relationships, both at ...
Read More 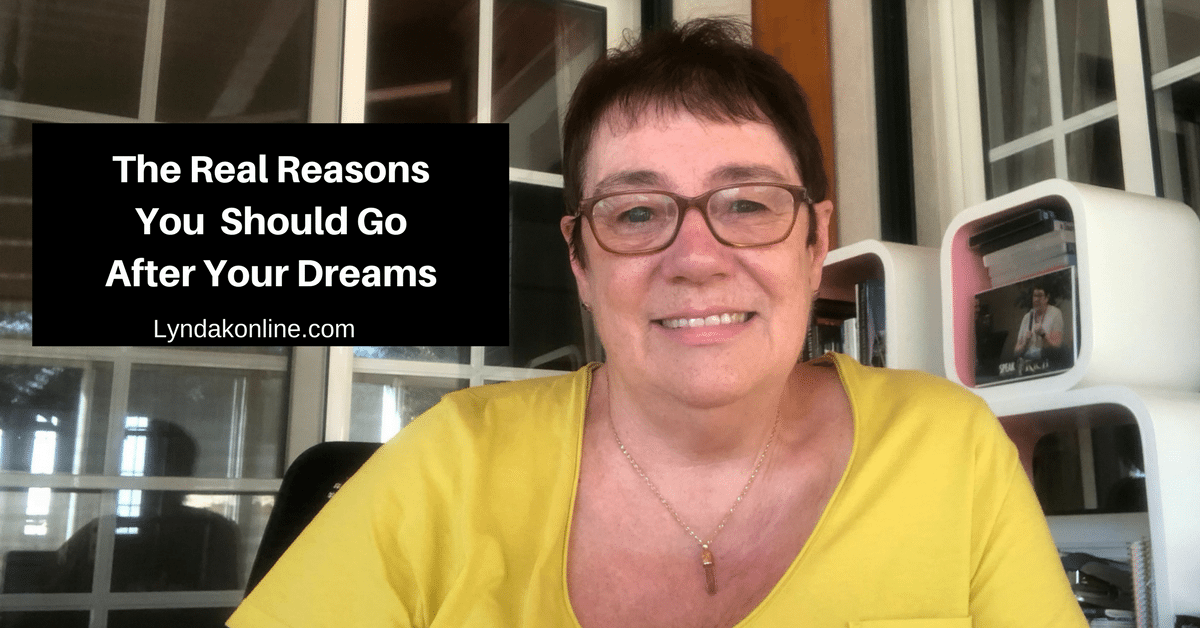 The Real Reasons You Should Go After Your Dreams

The Real Reasons You Should Go After Your Dreams Dreams, hopes and wishes can fill our imagination but how often do we act upon them?  More often than not, many of us find ourselves trapped by our fears and lack of motivation to do anything about them.  This is despite the fact that you might be unhappy with your lot in life. Why should you go after your dreams? Here are some reasons why you should go after your dreams ...
Read More

"If you are struggling with confidence, your outlook, or your mindset and you KNOW that is holding you back from being who you want to be. Lynda is the coach and mentor for you.
I find her experience and wisdom invaluable.
Lynda has the ability to see things in you that you can’t see yourself.
Lynda will show you how to increase your confidence, make more money, achieve what you want in life, and be the absolute best version of yourself" Soraya Goddard Home Business Coach

"I have known Lynda Kenny for two years, we met at a business training event. She is a wealth of knowledge for anyone searching for their purpose and a huge influence for you to believe in yourself to bring out the best in you.
She has spoken on one the top network marketing stages alongside 6-7 figure earners, and is an author, and successful business women.
Lynda is showing people from young to mid-life that it is not too late to build your dream.
Lynda will help you find your freedom in yourself to live life your way. Anyone who works with Lynda will be inspired to believe they can build a new phase in their life" Angela Brooks Entrepreneur, Home Business Owner, Author

“I’ve known Lynda for a long time and hand on heart can vouch for her in any capacity. Lynda is honest, hard working, motivated to learn and has a vast experience in many skills especially presenting and bringing out the best in people. Anyone with the opportunity to partner with Lynda has a great chance to improve their success and results.” Richard Matharoo Professional Home Based Business Coach & International Speaker

“Just had an awesome coaching call with Lynda! We covered a few areas of my business and have put in place a solid strategy that will grow me and my business into helping far more people…. Blessed Lynda to know you and to have you as a coach and mentor! Your success inspires me to reproduce what you have and are continuing to do…. Thanks again!” Matt Remorino Coach and Trainer for the Home Business Professional

"Lynda is an exceptionally hardworking, genuine and trustworthy leader. Her down to earth, honest and enthusiastic approach to any project she pursues makes it easy and an absolute pleasure to work with her. I have known Lynda for over ten years, I trust her judgement, advice and her “no frills approach” to explaining complex situations in an understandable manner. Sharing Lynda’s brilliant sense of fun and humour is an added bonus." Sara Chambers Ross Regional Director Midlands at CAPSTONE FOSTER CARE LIMITED
Richard Matharoo Professional Home Based Business Coach & International Speaker
Matt Remorino Coach and Trainer for the Home Business Professional

I CAN HELP YOU

If it’s your time for a dramatic change and rapid advancement in your personal and professional life, then I’d like to work with you to break through your barriers and help you reach your highest potential and performance in all you do.

We'll have a quick 20 minute chat to determine how I can best help you.

Head over to my calendar and BOOK YOUR CALL HERE