OUR TRIP TO OXFORD, ENGLAND

OUR TRIP TO OXFORD, ENGLAND 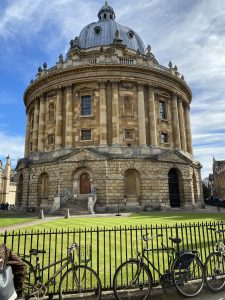 Oxford is one the most famous cities in the world.  You would think being English I would have visited often, but last year my husband and I visited for the first time.

Oxford is famous for its University, which is made up of over 30 colleges.  Wherever you walk you’ll see many students in the city.  Many politicians and other famous people have studied there.

We discovered a walking tour that takes you to places where the above was filmed, which included some of the colleges and other famous sites in the city.

Chris and I stayed in a famous hotel, often used in the filming, called the Randolph.  I highly recommend this hotel due to its proximity to all the main sites but also because it’s a fabulous place to stay. 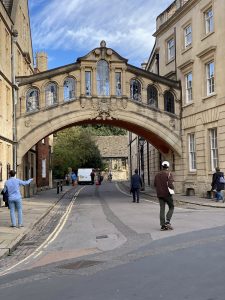 If you love history then you will love Oxford.  You will also enjoy the fabulous buildings in the colleges and the stories behind them.  I was totally fascinated and wished I’d been to the university to study.

If you go, be prepared to walk a lot and have comfy shoes otherwise you will find it hard going.  (I had to take my walking stick, more on that in another post.  There are plenty of places to stop and have a drink etc.

We visited what is said to be the oldest pub in Oxford and there was a plaque describing the famous people who had visited in the past. 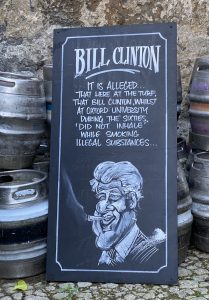 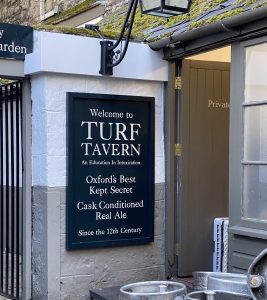 If you do decide to go and fancy a walking tour I recommend booking with WALKING TOURS OF OXFORD.  Our guide Heidi was fantastic and we met just outside the Randolph to begin the tour.  There didn’t seem to be anything she didn’t know about Morse, Lewis and Endeavor and where scenes were filmed.  At the same time, we saw many colleges.

By the way, we loved it so much we visited again in December with our friends, plus we will definitely go back.  Give it a try, I think you’ll love it. 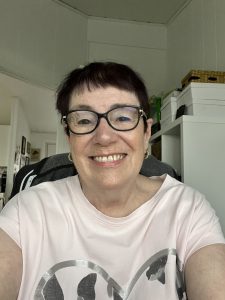