Why Do People Hate The Wealthy? 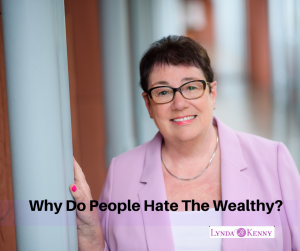 Why Do People Hate The Wealthy?

Why DO people hate the wealthy?

There are a lot of people who “hate” what they see as wealthy people.  I remember my coach Ray Higdon saying you will never become what you despise and it’s so true.

I am seeing so many comments on politics at the moment and there seems to be some sort of assumption about those people who are better off than them.  Maybe they think these so-called wealthy people were born with spoons in their mouth

Usually, and this is me making assumptions now, jealousy of those deemed to have more money comes from those who don’t have the wealth they want.

I can understand their anxiety about being in poverty, I have been there myself, so I know how it feels.  What I don’t understand is their resentment and sometimes hatred of those with money.

In my opinion, its all about attitude.  Mine was always, “I am going to make sure that one day, I will NOT be in poverty.”

I was born into a mining, working-class family.

My Dad worked all the hours there were to give us a decent life.  Nothing was ever handed to us on a plate….. we worked for it.  My Mum also worked all her married life as well and contributed to the income.

I began my working life as a cadet/student nurse. That career ended when I suffered a back problem.

I was never out of work though.  After leaving nursing, I went to night school to learn how to type and got a job in an office.

I worked in an office until my children were born and even when they were small I worked two evenings a week.

My marriage ended when they were 5 and 7 years old and so I became a single parent.

Those were hard times and I often lived from week to week.  I once had just a pound in my purse and could only buy a loaf of bread and a tin of beans for my kid’s dinner.

I vowed then that I wouldn’t stay in poverty forever and I was determined I would do something to get out of it.

What Did I Do?

Briefly, I got a job working with children.  This gave me the vision to become a Social Worker.  I applied to University and was accepted.

In the meantime, I carried on working, on night duty at the children’s home where I worked.

After qualifying, I worked in Child Protection and then I specialized in Fostering.

In the 1990’s I had the opportunity to begin a Fostering Agency.  It meant leaving my job and starting anew.

The business was hard work and hugely successful and I began earning a lot more money, improving my standard of living.

In 2006 I sold my shares, which enabled me to help out my children, buy a house in Portugal and build a new one in England.

Why Do People Hate the Wealthy?

I have skipped over the trials and tribulations of beginning a business because the main point of this article is about wealth.

It was amazing to me how many people, including some family members, were jealous of what I had (earned).  Little cryptic comments of how lucky I was and my kids had it made.

No one remembered how broke I used to be and how hard I had worked for the rewards I got.

The strongest message I can give is don’t be jealous or hateful of anyone if they appear to have more than you.  You have no idea what it took them to get there.

I know some people are born into wealthy families but most people in business succeed because of their vision and their determination to work hard.

I don’t know if you have noticed but the media helps to fuel the idea that the “rich” are bad.  Remember the film, Its A Wonderful Life?  Who was the villain?

The richest man in town!

There are numerous films where wealthy people are portrayed as bad.

If you watch a detective series – the villains always seem to own a BMW and live in a big house.

Have you heard the term “Money can’t buy you happiness?”

My answer to that is, neither can poverty.

It’s interesting that “poor” people are presented as good and kind in a lot of films and TV.

The things I have written are my opinions and obviously not fact.  I am also not the richest woman in the world, I am comfortable and have no problem with anyone having more. 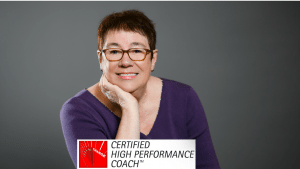 Empowering Entrepreneurs to take their business to the next level while having a life.

P.S.  If it’s your time for a dramatic change and rapid advancement in your personal and professional life, then I’d like to work with you to break through your barriers and help you reach your highest potential and performance in all you do.

I offer a complimentary hour of coaching.

To qualify go to callwithlynda.com and fill in my questionnaire.