Marched From My Job – What Happened? 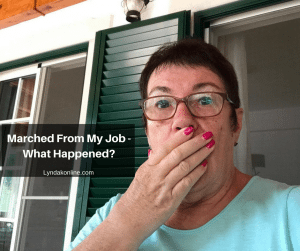 Marched From My Job – What Happened?

Marched from my job is exactly what happened to me some years ago.  I was working for Social Services as a Social Worker in their Fostering Department.

Being marched from the building some years later was not something I planned.

My  Social Work career began as a Residential Care Officer in a children’s home that catered for children with severe learning and physical disabilities. One day some student nurses came to work at our home on placement.  One of them, Chris, became my husband.

After Chris and I got together, he encouraged me to get qualified.  Hull University accepted me and I became qualified two years later.

After Qualification As A Social Worker

When I qualified as a Social Worker I began working in child protection. Later on I moved on to work in a Fostering Team.  Working with foster carers was something I loved.  It was frustrating with the lack of resources and my case load was large.

I was sent on a training course to learn how to “Train to Train” and whilst there I met people from all over the UK.  One of them worked for an Independent Fostering Agency.   Having never heard of them I listened to what they were and did some research.  These are agencies that operate independently of the Local Authority Social Services.  Basically, Local Authorities purchased placements for children from them.  They employed their own staff and resources and were free to operate their agencies in the way they wanted to.  This sounded amazing to me, especially being freed from the bureaucracy of a social services department.

A few weeks later there was an advert in the local press asking for someone to set up an agency in my area.  Wow, that seemed like fate to me.  They wanted two people to do it and so I approached my Manger who was also a good friend to see if she was interested.  We took a day off together and went to meet the people who had placed the ad.  After meeting with them we both decided we would take a risk, give up our jobs and set up an agency in Yorkshire.

The day came when we decided to hand in our notice to our jobs and take the biggest risk of our lives to begin the agency.  We both decided to give them three months notice and tell our manager exactly why we were leaving.  This was done on a Friday afternoon in May, 1996. 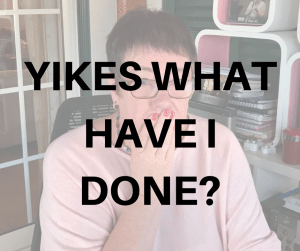 At first, our manager was expressing sorrow we were leaving but she wished us well in our new venture.  All of a sudden the penny  dropped and she said she hoped we weren’t thinking of “stealing” any of their foster carers.  We reassured her that unless they approached us, we would not do that.

On Monday morning, I went to my desk in the office and sensed an atmosphere.  Shortly after, I was summoned to see the Manager.  When I got there she was present with someone from Human Resources.  I was informed that I would not be allowed to work my notice at work because what I was planning to do was a conflict of interest.  Under no circumstances was I to contact anyone during the period of notice and that included members of staff.  If I did, I would be in breach of my contract and I would be dismissed.

I was then “marched” to my desk and stood over while my desk was emptied.  After this, I was marched to my car in the car park, my security pass taken from me and warned once again.  I was flabbergasted and felt like a criminal.

Crikey, what had I done?  I had basically thrown my career out of the window with no way back.  When we talk of taking risks in business, this was a huge risk for me.

By 10am that morning I was drinking a glass of brandy with my “partner in crime”.  Yes, she had been marched out as well. 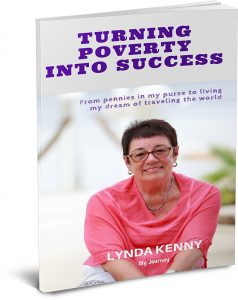 A lot of this story is in my book:  Turning Poverty Into Success: From Pennies In My Purse To Living My Dream Of Traveling The World.

Briefly, the risk I decided to take was the best decision I ever made.  The business went on to be successful and still exists to this day.   It changed my whole life for the better.

This story is meant to inspire you to take some risks if you are currently not happy with your life or job right now.  Being marched out of your job is not something I want for you but if you want to change things then you have to decide to take a risk or two.

My husband and I now enjoy our life, reaping the benefits of the business I set up.  We have two homes, one in the UK and one in Portugal where we enjoy life.  Traveling is something we do a lot of and what I used to dream of when I was a broke, single parent.

The internet has opened so many doors for anyone who wants to set up a business now, particularly a home business.  Retirement in its entirety wasn’t for me. Having a home business, choosing my own hours and where I work from was appealing to me.

This can happen for you too.

You don’t have to give up your job even, you can begin part time.  See if you like it first and if you have the commitment to do what you need to do.

I hope my post, Marched From My Job – What Happened?, has inspired you today.  If it did I would love to hear from you.  Please leave me a comment below, its always appreciated. 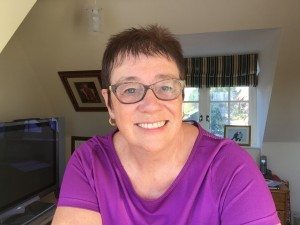 Helping Home Business Owners Climb The Ladder To Their Dreams

P.S. If you are ready to develop yourself, your business and your life into what you desire… then follow the breadcrumbs left by the top earners in the industry by CLICKING HERE